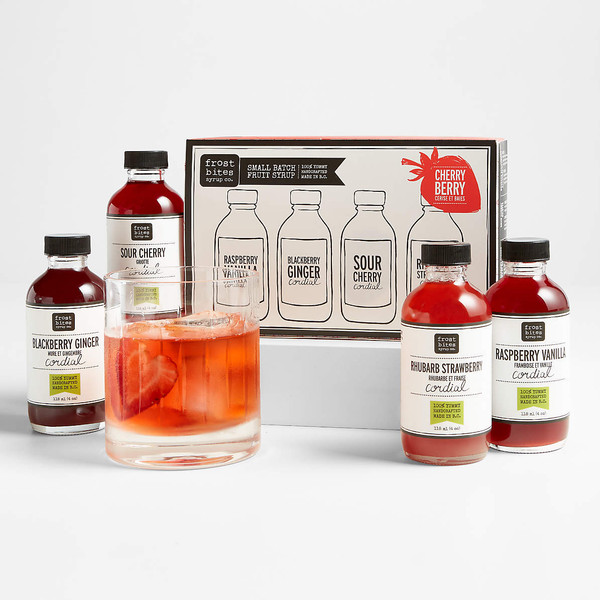 A promise of using predominately locally grown ingredients to make their syrups, instead of using the common artificially flavoured day-glo & flavoured ones, frostbites became known for their fresh, unique, whimsical flavours.

Peggy + Martyn knew they were on to something great when their farmer’s market booth became a weekly stop for kids of all ages. Alongside the boom of local distilleries in BC, customers started demanding to be able to take bottles of frostbites syrups home with them to stir up cocktails and craft sodas.